According to Myce, the security researchers from Malwarebytes have discovered a malware called Troubleshooter, which generates fake Blue Screen of Deaths (BSODs) and asks the user to buy Windows Defender Essentials (fake Windows Defender version) to clean the computer.

The malware inserts a BSOD image and disables the key combinations that permit the user to close the windows (e.g. ALT+F4) and asks for 25$ on Paypal, for buying the fake version of Win Defender. 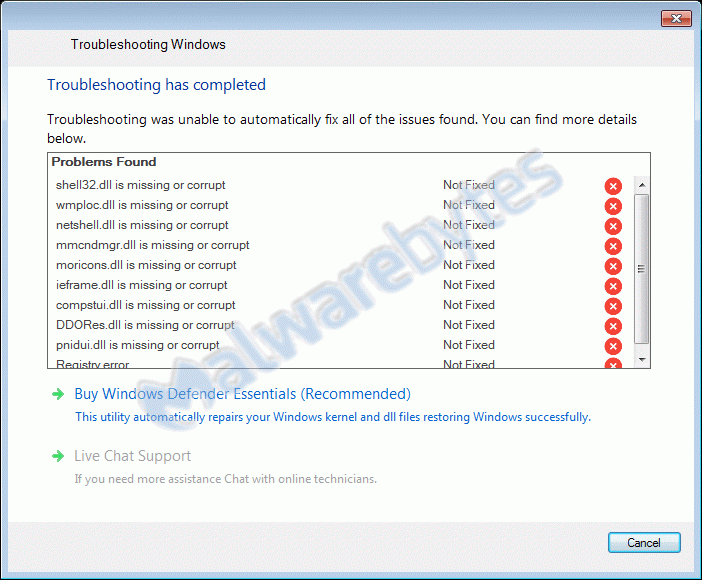 A security researcher found out that if the user pays for the fake software, the website http://hitechnovation.com/thankyou.txt gets opened and the malware kills himself. If you get in this situation, just use the CTRL + O combination and navigate to the website yourself (without paying the ransom).

Apparently, this type of malware spreads with cracked software, so if you are a good samaritan and use only genuine software or open-source alternatives, you should be safe.

To remove this software completely, you need to reboot in safe mode, delete the Troubleshooter.exe file from %temp%, disable the csrvc service and scan your computer with Malwarebytes. More detailed instructions can be found on this Malwarebytes forum thread.

As you may know, Malwarebytes is among the best anti malware software that permits the users to perform virus cleanup, even when the real time protection is disabled because the license expired.

From the official changelog:

To check if you have the latest version of Malwarebytes, you have to open the program and go to the Settings Menu. Next, click the About button from the interface. If you did not have the last version, go back to the Dashboard and click Updates and it will perform a manual update scan. If this does not work either, go to the official Malwarebytes website and install the newest version of the antivirus software by hand.

The folks from AV-Test have conducted a 12-month endurance test, involving 897 evaluations for each security software for Windows 10 and took a conclusion.

Four of the tested solutions were capable of eliminating all the malware samples: Avira Antivirus Pro, Kaspersky Internet Security 2016/2017, Malwarebytes Anti-Malware and Avast! Free Antivirus 2016. Avira Antivirus Pro has also managed to remove all the registry keys so it scored best in all the tests.

Among the bootable antimalware/recovery software, Kaspersky Virus Removal Tool ruled them all and managed to remove all the malware samples, while the others failed.

The screenshots below are self explanatory. Personally, I am a fan of Malwarebytes Anti Malware when it comes to cleaning up infected computers, but I also use AdwCleaner, Zemana and HitmanPro, hoping to remove all the leftovers that were not spotted by my first virus scan. My favorite free antivirus is Avast!, because it is lightweight and has a lot of features.